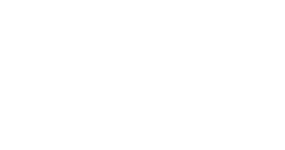 MECCA is an acronym for Muslim Endowment Cultural Cooperation, Arabia. It serves as a platform with an objective to disseminate knowledge from by means of open-access academic journals and publications and support monographic research programs within Higher Education and independent scholarships the goal of which is to present comparative, interdisciplinary studies with original contributions within the fields of archaeology, anthropology. trade and commercial history, history of science, history of art, philosophy, religious studies and philology.

Through the PhD program CONTOURS OF CASTING | CONNECTIONS OF CULTURES, MECCA is honoured to support a series of ground breaking academic projects with an interdisciplinary approach and objective with contributions underpinned by the trade history of major archaeologically significant trading routes, such as the Silk Road, that represented a massive commercial network during late 8th to late 11th Century between the Viking-Age Northern Europe and the Islamic World.

To understand the origin and the routes of the Islamic literature and art, MECCA’s aims to support monographic research initiatives with an objective to contextualize and document the Islamic architecture, art and material culture within the textual and literary sources of the early centuries of Islam. This marks a historical period described as Islam’s Golden Age, beginning from the time of the Prophet Muhammad up to the Mongol invasions. It is an era where the Islamic World has been widely acknowledged in commerce and trade as the world's leading economic power (John M Hobson, 2004; Robert A. Saunders, 2010).